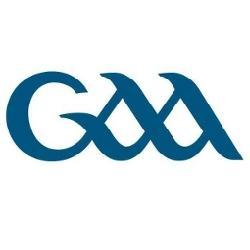 Here's a run-down on the outcome of every motion presented to GAA congress, including the passing of the motion on the introduction of the mark to Gaelic football.

MOTION 1: ­ PASSED, 97.7% FOR - Related to the All-Ireland Senior Hurling Championship and essentially sought to retain the structure used for the Championship from 2014-16 for future years. The current structure, which includes a Leinster 'round robin' qualifying group, was introduced at Congress 2013 for a three-year period.

MOTION 2: WITHDRAWN - Paved the way for an All-Ireland B championship in football.

MOTION 3:­ PASSED, 95.8% FOR - A 'tidying-up' motion, which streamlines the 70-minute game across a range of competitions.

MOTION 5:­ PASSED, 68.6% FOR - Proposed the abolition of the U21 grade at inter-county football level, to be replaced with an U20 grade, with players eligible to be aged between 18-and-20. No such change to the U21 grade for hurling, or at club level in either code.

MOTION 6:­ PASSED, 95% FOR - Players who are not included in an inter-county senior panel of 26 players shall be available to their clubs on the weekends of National League and senior Championship games. In the event of this rule not being implemented by counties, the penalty is as follows: A county shall forfeit home venue for its next home game in the respective National League.

MOTION 7:­ LOST, 60.8% FOR - Proposed that All-Ireland football finals be played on the first Sunday in September, with the hurling final to be played two weeks prior.

MOTION 8:­ LOST, 57.8% FOR - Sought to make extra-time obligatory for practically all games, with a handful of exceptions, namely All-Ireland finals and provincial finals.

MOTION 9:­ LOST, 65.3% FOR - Proposed the abolition of the All-Ireland Intermediate Hurling Championship (inter-county only).

MOTION 10:­ LOST, 61.1% FOR - Proposed the abolition of the All-Ireland Junior Football Championship in its current form.

MOTION 12:­ PASSED, 96.2% FOR - Proposes the following amendment be introduced to a section in the official guide in relation to anti-doping procedure: The association forbids the use of prohibited substances or methods, a practice generally known as doping in sport. The rules of the association regarding doping are the Irish Anti-Doping Rules as adopted by Sport Ireland and as amended from time-to-time. The latest version can be downloaded from http://www.irishsportscouncil.ie/Anti-Doping/. The rules contained in said Irish Anti-Doping Rules shall have effect and be construed as rules of the association.

MOTIONS 13-15:­ PASSED - Related to different types of membership of the GAA.

MOTIONS 16-21: PASSED - Related to election of officers at county conventions, procedures and powers of county committees and sub-committees, the appointment of fixtures analysts.

MOTION 22: WITHDRAWN - Proposes that congress be staged before March 1 every year and also concerned the number of representatives counties could have.

MOTION 25: PASSED, 92.6% FOR - Technical change in the Deviation from Rule section of the official guide.

MOTION 27-31: PASSED - Related to definitions of first club, attachments to first club, transfers and some technical changes on references to playing restrictions.

MOTION 36: PASSED, 96.3% FOR - Related to the nomination of clubs to represent a county in a provincial championship, in the event of a county championship not being completed in time.

MOTION 37: PASSED, 94.7% FOR - Related to procedures for disciplinary and related hearings.

MOTION 41: PASSED, 68% FOR - Provided for the introduction of the mark in Gaelic football: When a player catches the ball cleanly from a kick-out without it touching the ground, on or past the 45m line nearest the kick-out point, he shall be awarded a mark by the referee. The player awarded a mark shall have the options of (a) taking a free kick or (b) playing on immediately.
The following procedures shall apply: (a) a free-kick - the player shall signify to the referee he is availing of and then take the free-kick himself from the hand from the point where he was awarded the mark. Once the player indicates he is taking the mark, the referee will allow up to five seconds for the player to take the kick. If the player delays longer than five seconds, the referee will cancel the mark and throw in the ball between a player from each side. Once the player indicates he is taking the mark, the opposing players must retreat 10m to allow the player space to take the kick. If an opposition player deliberately blocks or attempts to block the kick within 10m, or if an opposition player impedes the player while he is taking the kick, the referee shall penalise the opposition by bringing the ball forward 13m. If the referee determines the player who makes the mark has been injured in the process and is unable to take the kick, the referee shall direct the player’s nearest team-mate to take the kick, but he may not score directly from the kick.
(b) Play on immediately (i) In this circumstance, the player may not be challenged for the ball until he carries the ball up to a maximum of four consecutive steps or holds the ball for no longer than the time needed to take four steps and/or makes one act of kicking, hand passing, bouncing or toe-tapping the ball. (ii) If he is illegally challenged, a free-kick shall be awarded to his team from the point at which the challenge is made and this free-kick may be taken by any player on his team.

MOTION 42: PASSED, 95.8% FOR - Proposed that the section on aggressive fouls in the official guide be amended to read: “To deliberately collide with an opponent after he has played the ball away or for the purpose of taking him out of the movement of play.”
MOTION 43: LOST, 15.3% FOR - Proposed that all televised inter-county Championship games be available on free-to-air TV.

MOTION 45:­ LOST, 22.3% FOR - Related to the child safeguarding and health and wellbeing committee. Proposed that said committee be responsible for: (a) The safeguarding and promotion of the interests of wellbeing of all those under 18 years-of-age who are involved in our games and other activities. (b) All health-related matters referred to it by the county committee and/or the county management committee.

MOTION 46:­ LOST, 24.3% FOR - Proposed that one Central Council member from international units be added to the GAA's management committee.

MOTION 47: LOST, 23.5% FOR - Proposed that the GAA can authorise the playing of non-GAA sports at all county grounds and not only Croke Park.

MOTION 48:­ LOST, 64.9% FOR -  Proposed the deletion and abolition of the rule that allows players to play inter-county hurling for the county of their parents or for their county of residence, where that county is not competing for the Liam MacCarthy Cup in the All-Ireland Senior Hurling Championship (example: A player from Cork living in Monaghan can play for Monaghan. A player from Cork living in Kilkenny cannot play for them).

MOTION 51: LOST, 21.4% FOR - Technical motion on the rules relating to a player's club championship or league status.

MOTION 52:­ LOST, 29.4% FOR - Related to the regulations around a county championship that has a league format in some aspect.

MOTION 53:­ LOST, 45.9% FOR - Proposed the deletion of the rule in the official guide - Inter-County Players' Availability to Clubs. To read that rule, click here.

MOTION 54:­ LOST, 33.2% FOR - Related to the section in the official guide - provincial and All-Ireland club. This motion proposed that this be deleted (reasons for which are below). The relevant section is on page 91 of the official guide, which can be found here. This motion is indelibly linked with Motion 55, which proposed an alternative to the existing section.

MOTION 55: LOST, 38.8% FOR - Proposed the creation of a new grade for a provincial and All-Ireland Club Championship between senior and intermediate entitled 'premier intermediate'.

MOTION 56:­ LOST, 16.6% FOR - Proposed an alternative structure to the All-Ireland football Championship, distinct to the the one proposed in motion 2. Proposed that, after the provincial championships are finished, the competition would divide into two separate competitions, the tier 1 competition and a tier 2 competition.

MOTION 59: LOST, 56.4% FOR - Proposed a change to the Qualifier structure in the All-Ireland Senior Hurling Championship, namely that the beaten Leinster and Munster quarter-finalists and semi-finalists play two knock-out rounds, with the eventual winners advancing.

MOTION 60: WITHDRAWN - Proposed a change to the structure of the All-Ireland Minor Hurling Championship. It proposed the creation of an All-Ireland round-robin stage featuring beaten sides from Leinster and Munster, alongside Galway and the Ulster champions.

MOTION 61: LOST, 20% FOR - Related to the playing of minor provincial championships. It proposed that minor championships can start any time after the third week of March and must be started by May 1.

MOTION 63:­ LOST, 35% FOR - Proposed the introduction of hurling development officers to executive committees.

MOTION 64:­ LOST, 53.1% FOR - Regarded the officer for Irish language and culture on executive committees.

Get live information for Club on the ClubZap App